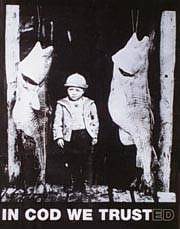 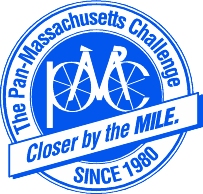 Book a Trip on Line


Bryan Lewer's only Trip on the Bunny Clark in 2020

The angler shown above, holding his three trophy fish, is Bryan Lewer (FL/ME). Bryan has fished with me a long time, since he was sixteen years old. I would like to say I taught him all he knows. But I really believe that most of his fishing prowess comes from an inate ability to catch fish. You don't teach someone that. I would like to think I played some part in his fishing development. But how much influence I've had over the years remains a question. Suffice it to say, Bryan does very well whenever he decides to go. The pictures above were all taken on the same day, July 14, 2020, the only day Bryan fished with me all year. He is very busy during the season running his own charter business for striped bass called Salty Lewer Charters out of Perkins Cove, Ogunquit, Maine. The trip all these pictures were taken on was the Ultra Marathon. This is one of two invitational offshore trips where I take some of my top anglers and focus on big fish. The digital image on the left shows Bryan holding his Maine state trophy halibut. This fish weighed 55 pounds, the largest halibut that he has ever caught and the largest fish caught that day. It was the fifth largest halibut caught on the Bunny Clark in 2020. The shot in the center shows Bryan holding his 19 pound trophy wolffish. This is Bryan's largest ever wolffish. It was the third largest wolffish caught on the Bunny Clark in 2020. The digital image on the right shows Bryan holding the largest white hake that he has ever caught. This Maine state trophy hake weighed 48.5 pounds, was the fifth largest hake caught on the Bunny Clark in the last ten years, the third largest fish caught that day and the second largest hake caught on the Bunny Clark in the 2020 fishing season. Bryan has become one of our best anglers over the years. At nineteen years old in 2011, he won the Bunny Clark's Fisherman of the Year award. This is our most prestigious award bestowed on the Bunny Clark angler who collects the most points for fishing achievements during a season. He is the youngest angler to ever take this award. There was no one even close to him in points that season. It's always a great pleasure to have Bryan aboard.